When we were visiting the flock that I got my sheep from, this girl was the brave one who came up to say hello.  Penny is still the first one to come up to the fence, and sometimes puts her front legs up on the fence, just like our dog does when she’s excited (they’re friends by the way).  Penny’s spunky, kind of bossy, likes to chew the snaps on my coat, and always has something to say.

And…she always seems to get hay all over her face no matter how often I pick it off. 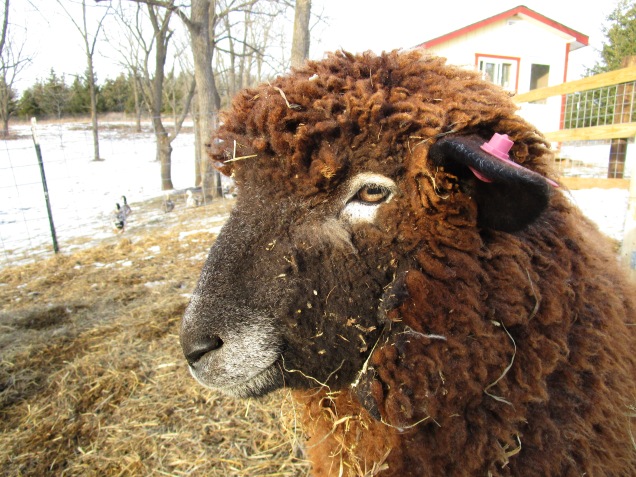 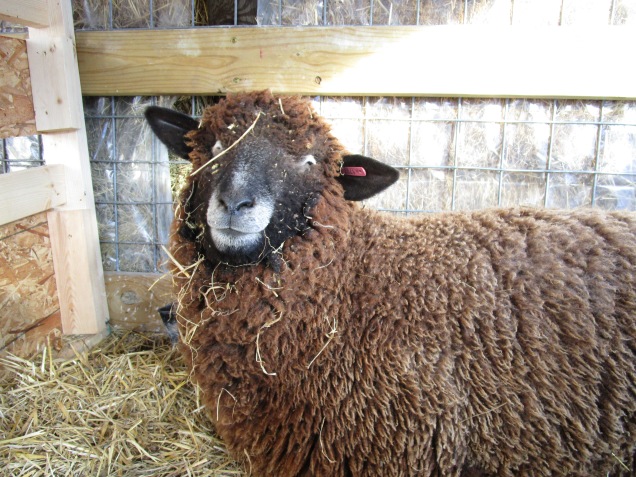 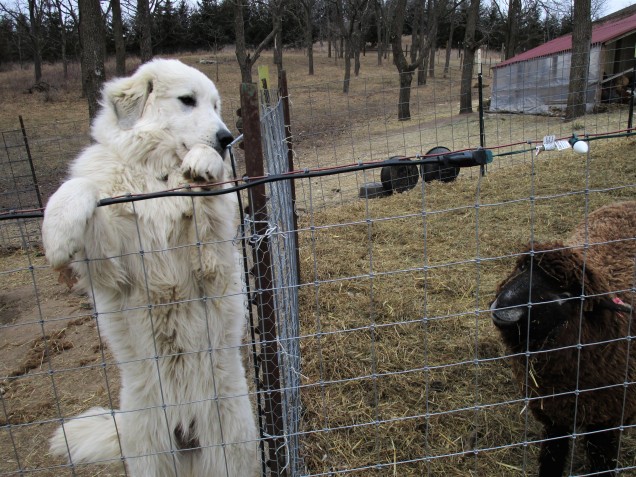 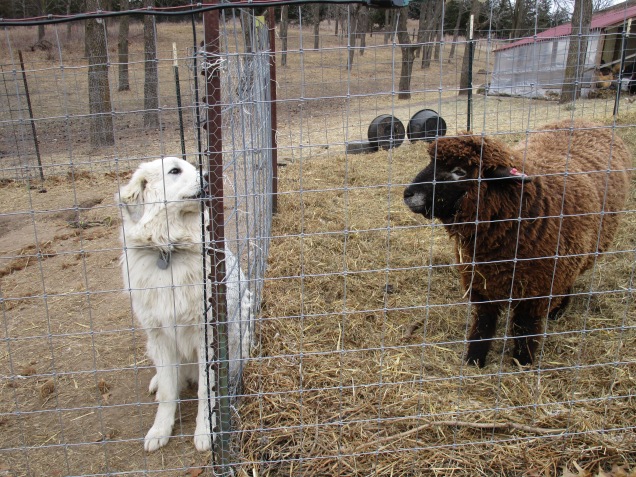 This is Freya, one of my Corriedale ewes.  Most of the time she is shy, but she gets excited when it’s time for her grain treat.  She runs laps, and prances around in anticipation.  My goal is to catch that on video eventually.

So here you go, enjoy some pictures of Freya… 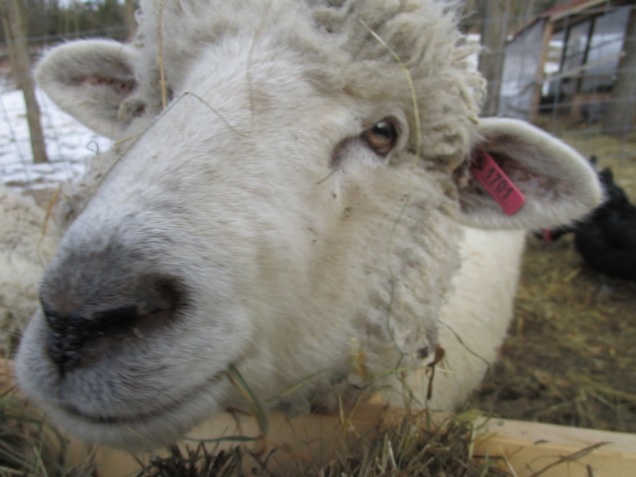 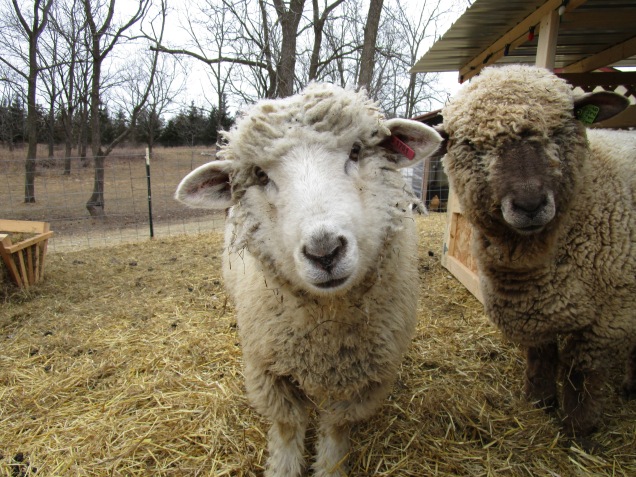 I’ve been thinking about the creation process of Driftless Woolens and what it took for me to actually believe I could start something like that.  My dream business wasn’t born overnight.  There was a lot of back and forth going on inside of me before I had the confidence to pursue my goal.

Creating is something we are all meant to do.  Making, designing, even thinking about ideas are the most basic forms I could think of for creating.  Everyone creates, whether they realize it or not.

I am an avid knitter, but a casual one.  When I was young, very few of my friends knew I liked to knit.  I created quietly, for my own personal enjoyment and satisfaction.  Not many people knew that the scarf or hat I wore was something I made myself.  I was content with keeping it to myself, though.  It was my own little world of creativity where I could try new ideas and play with color and texture, but not worry about what someone else might think of what I made.

When products or ideas are shared, it is not only the creation that is on display, it is the creator as well.  Suddenly it is now being seen by someone else who will have opinions of it. It is now being judged, and those judgments are a reflection of its creator, well received, or not.

I didn’t want to be graded on my work because I had created for myself, not for somebody else.  But then as I got older I realized how I felt connected to others’ creations.  There were songs, books, artwork…ideas that someone had shared with the world…that made a significant difference in my life.  Did I care about anything I had created enough to want to share it with others?  Maybe, I thought.  But someone’s already done that.  Will what I create even matter?

And this is where creation goes along with courage.  If the creator truly cares about and believes in their work, why wouldn’t they want to share it with others so they can enjoy it too?

Staying away from creating because of a fear that it’s already been done before is a lie we tell ourselves.  Thinking that we simply lack the courage to produce something worthwhile restricts our natural need to create.

C.S. Lewis said, “Even in literature and art, no man who bothers about originality will ever be original: whereas if you simply try to tell the truth (without caring twopence how often it has been told before) you will, nine times out of ten, become original without ever having noticed it.”

Don’t be afraid of sharing something you love creating.  I tell that to myself, and I offer that to you, fellow creator.  We can’t keep our gifts to ourselves (well, I guess you could, but that would be considered selfish, don’t you think?).

We have to create and have courage to show the world, or maybe just our own small corner of it, what we have made…and what we are made of.

I’m Katherine of Driftless Woolens.  Fiber is my passion and I am captivated by hand knit garments. Follow along with my newest adventure in raising a small flock of sheep on the family’s homestead.  This blog tells stories of the realities of a sheep-filled life, and records the simple beauty of spending more time outside.